Why Won’t My Puppy Eat?

Because puppies of different ages behave differently, there can be lots of reasons why a dog won’t eat. If you have a very young puppy that you’ve just brought home, the reasons might be different for an older puppy.

Young puppies 6-10 weeks old are often going through some massive changes in their lives. Chances are they’ve been weaned, taken away from their mother, and taken to a new house- all within a day or two of one another. They’re going to have so many new experiences, it can be normal for them to be a bit off their food on the first night home, or for a couple of days later. As long as they’re otherwise well in themselves, with plenty of energy, and they aren’t showing signs of vomiting or diarrhea, it’s ok for them to eat a little less for a day.

You could try softening their food with a little water or adding a very small amount of an appetizer. If the appetite loss continues for more than 24 hours, it’s a good idea to go and visit the vet.

As dogs age, usually around four to six months old, their teeth start falling out. This can also cause them to stop wanting to eat, as their mouth might be a little sore. Often, it’s hard to tell that your puppy is losing teeth- they’re almost always swallowed- so you might not realize they have a sore mouth. Other signs might be a sudden reluctance to play tug, or an increase in chewing things. You may notice missing teeth, sore gums or the appearance of adult teeth, which are bigger than puppy teeth. As long as your puppy is otherwise well, you can try softening their kibble with a little water to make it easier for them to eat.

Many dogs go through a “fussy phase” at 6-8 months old. I call this the “teenage” period—dogs are learning their own minds and starting to think a bit more independently. Dogs at this age are more prone to being bored and will push boundaries to see what they can get away with. If your dog is this age and is otherwise healthy, them not eating isn’t usually a cause for concern. Often, they’ll push for a few hours to see if you’ll give them anything else instead, so it’s best to ignore the behavior.

One trick is to take their food away after half an hour, then give it back again an hour or two later— usually, by then, they eat happily, and regret pretending they didn’t want it—just like a teenager! Just ensure that if you do take your dog’s food away, you do so in a safe manner. Dogs can start to guard food if they’re worried that you’re going to take it away without warning, so it’s important that they don’t see you taking the food. A toy or piece of kibble thrown for them to chase is usually enough distraction that you can remove the food without them noticing. 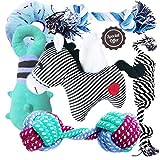 Parvovirus has a low survival rate and the sooner treatment is started, the better, so if you think your puppy may have parvovirus you should visit your vet immediately. Blockages caused by eating solid objects or bits of toy can also cause inappetence progressing to more serious disease. Mild nausea can be caused by any number of diseases that dogs come into contact with, so inappetence isn’t uncommon.

Your vet is the person best placed to help you sort out what is wrong with your dog and help you to treat the root cause of the problem.

Are Some Breeds More Prone to Being Fussy Than Others?

Yes, absolutely! Terriers and small of all types are often called fussy, and many of them will not be food-oriented. It’s quite often that I get a Bichon Frise or a West Highland White Terrier in for a routine appointment—perhaps a booster—and the owner mentions that they pick at their food and eat when it suits them, sometimes going a day or so without eating anything. It’s common enough that, in an otherwise healthy dog, I wouldn’t usually investigate further.

Should I Worry That My Dog Isn’t Eating?

Every dog is different, and some may just be fussy or have on-off days. But lots of diseases cause inappetence, including some serious ones like parvovirus and blockages of the intestine. If your dog appears to be lethargic, listless, or has other symptoms such as vomiting or diarrhea then you should definitely visit a vet. You should also consider visiting the vet if the not eating becomes a recurrent thing. After all, the worst that can happen is they don’t find anything and you wasted a trip- which is far better than missing something concerning, especially as puppies can go downhill so quickly when they are young.

How Can I Make My Dog’s Food More Exciting?

Dogs don’t get bored like we do. But they are clever—and if you’ve given in and swapped kibble for chicken at some point, many dogs will pretend to be disinterested in their kibble in the hope that they’ll get something special. So, you should bear that in mind if you decide to add anything extra to your dog’s diet! 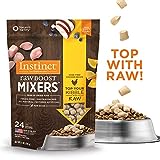 It’s also important to remember that a large estimated proportion of dogs are overweight—over 50%. And one of the ways they get this way is by having all those nice ‘extras’ added to their food. So, it’s important to remember if you do decide to top up their food with something a bit interesting, you should remove a little of their kibble to ensure they aren’t getting too many calories.

Your dog’s kibble is carefully formulated to be “complete” (with all the nutrients) and “balanced” (in all in the correct proportions). The “balanced” part is important. For some nutrients, the ratio has to be right—too much of one and the body can’t absorb the other. So, getting a good balance is key.

Unfortunately, when you add extras to your dog’s kibble, you can throw that balance off. Vets recommend that you don’t add more than 10% of your dog’s daily allowance in ‘extras’ to ensure your dog is still getting a balanced diet. That’s 10% over the entire day, including treats! 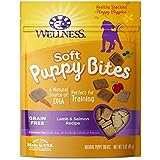 Get the Dog Involved

One way to make the food more exciting without changing the diet at all is by presenting it in a more exciting way. You can try using puzzle feeders to stimulate your dog’s brain, or snuffle mats to stimulate their scenting instincts. You can even feed their kibble as rewards for training, or throw the kibble along the ground for them to chase, ‘hunt’ and eat. 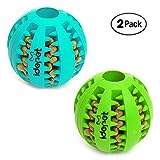 If you’re still keen to liven up your dog’s food a little, some options that are generally safe for dogs are boiled chicken (no bones!), boiled white fish (also boneless!), a small amount of scrambled egg, a little plain water, or a bit of chopped carrot or butternut squash. If it’s your first time trying these foods for your dog, consider that some dogs will have allergies, so keep a close eye on your pet afterwards.